It takes an experienced, hard-working team to effectively manage a lead generation campaign and produce great results! Meet the Bridgemark team that makes it happen for our clients every day. 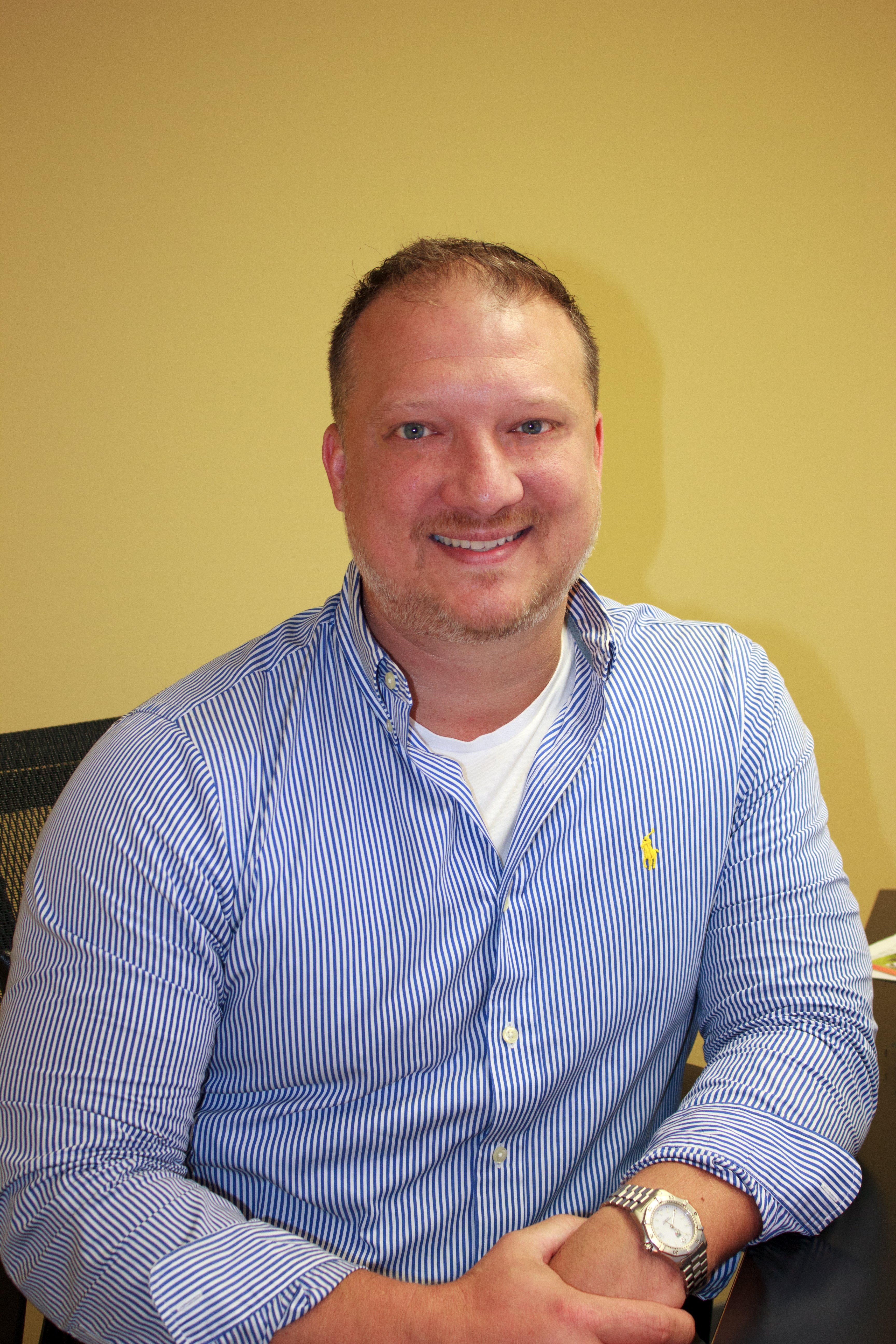 Larry began his B2B, solutions-based sales career in 2001 with Harris Interactive, at the time a global top 10 market research & consulting company. Beginning in lead generation, he developed sales leads for salespeople and senior researchers in an array of healthcare, non-profit, and Consumer Goods companies.  He later moved into direct sales and initiated the firm's first market research projects with a variety of new client companies including Colgate-Palmolive, Frito-Lay, Kaplan, Kellogg’s, Nestle, MTV, Tyson, and Wrigley.

After being named Director of Sales Operations, Larry's primary responsibilities included supporting the outside sales team and leading the overall development and management of the company's lead generation efforts.  Under Larry's direction, in his final year with the firm, the lead generation team created over 1,800 individual sales leads, resulting in almost 500 proposals and generated over $22 million in sales.

As the 2007 recession set in and after multiple rounds of layoffs, Larry was also let go in December of 2008. Within weeks, calls started coming in from former colleagues who had been laid off and resurfaced in other market research-industry firms asking for help with their sales and lead generation.  Without the type of lead generation support they previously had from Larry's team, they were struggling to meet their sales objectives.

It was clear that there was strong demand for professional, senior-level lead generation and sales support for market research-industry companies -- these companies needed regular, targeted, qualified sales discussions with new prospective clients in order to grow revenue and hedge against client attrition.

Today, Bridgemark exists to support the sales needs of market research and consulting-industry firms. We understand the nuances of this highly-professional market and the struggles firms face as they attempt to grow. We're here to help!

Several years ago, Larry opened an umbrella on a golf course and was struck by lightning minutes later. He was not seriously hurt...but can now levitate small objects. 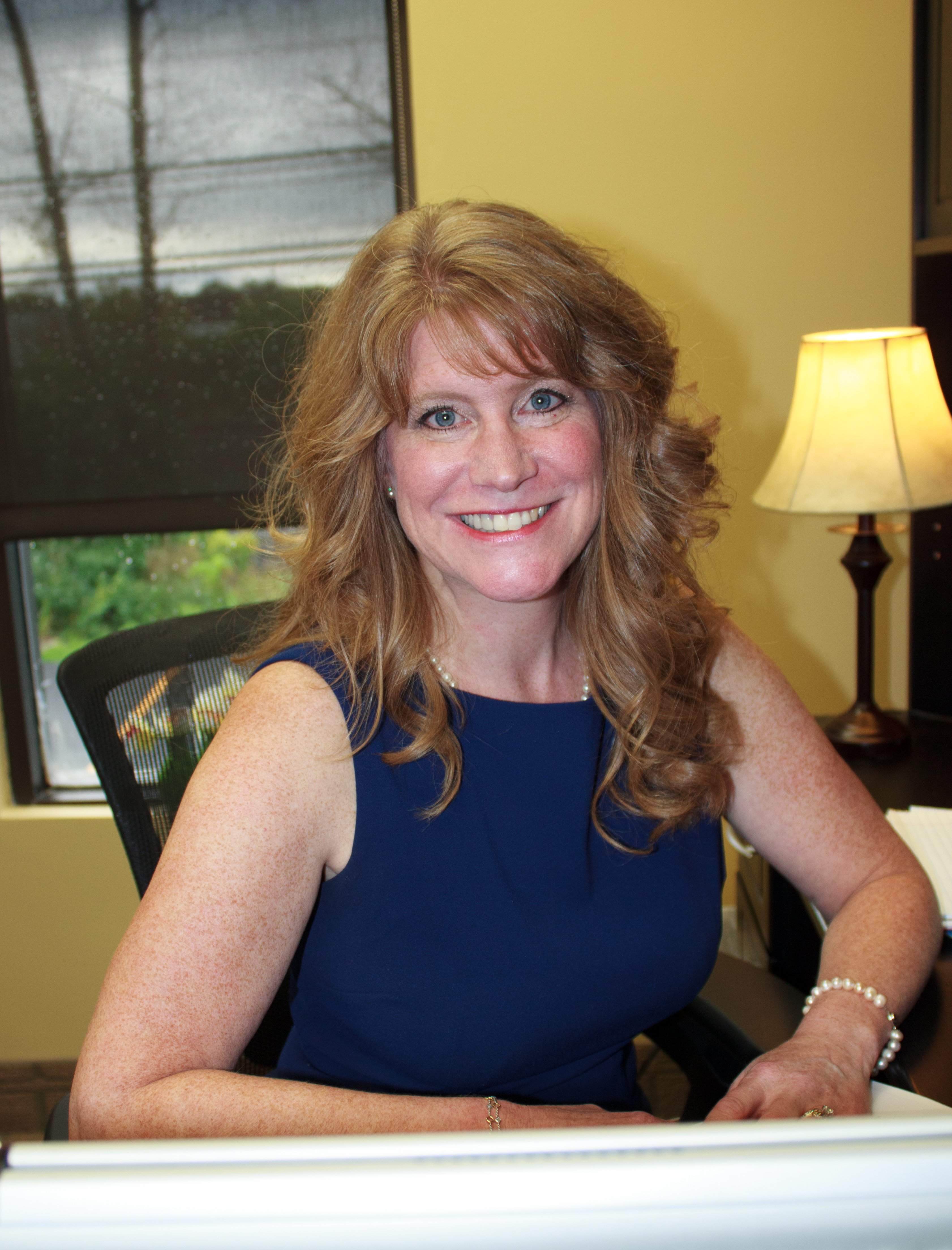 As a veteran of Harris Interactive, Jill climbed the corporate ladder and eventually became a Vice President leading the Harris Interactive Service Bureau division.  She was able to double profits in the first year, with a lower topline goal.  She was able to increase profits and exceed budget year after year.  She managed not only the entire operations and sales team, but she also contributed to sales by handling a number of large contract accounts of over $2M in revenue.  Jill was instrumental in many corporate initiatives including project profitability, aggressive sourcing, and pricing to name a few.  She has over 20 years of combined market research and sales experience.

At Bridgemark, Jill leads a range of responsibilities including client strategy and management, staff performance, and financial reporting. The Client Services team reports directly to Jill, and under her leadership Bridgemark has increased client and employee satisfaction and helped Bridgemark set consecutive client lead records. She's here to ensure that you have the best partnership you can with Bridgemark.

Fun fact about Jill! Jill is married with two children and has a Bernese Mountain dog that is bigger than she is! Also, she and her family have a yearly tradition where they make 5,000 holiday cookies each year in only two days that vary from 12-15 different flavors – that’s a lot of cookies! 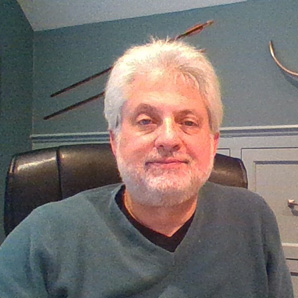 With more than 25 years of syndicated and custom research experience, Peter possesses a broad scope of research expertise. At ACNielsen he was the principal designer of an innovative service that ultimately would be used to capture in-home purchasing behavior of random weight “bulk” items. He was on the forefront of marketing research again in 1999 with Harris Interactive where he designed and launched QuickQuerySM, the world’s first online survey research omnibus service. He then went on at Harris to earn a patent from the U.S. patent office for his work on Shelf-Impact, the online equivalent of a tachistoscope, where respondents view images online for periods as brief as 0.25 seconds. The tool was used to assess shopping metrics such as on-shelf package “findability” and “shoppability”.  Peter co-founded and ran the rapid research firm VeraQuest, Inc. from 2010 until 2018, along partner Jordan Losen. He earned a BSBA from the University of Florida and holds an MBA from Boston College.

Fun Facts: Peter enjoys a wide range of interests ranging from vegetable and flowering gardening to playing poker. In fact, Peter has played in a weekly poker game with the same group for over 25 years. At age 21, despite being completely terrified Peter was coaxed to jump out of an airplane alone from 3,000 feet. He jumped on three separate occasions proving to anyone that had doubts that he was he certifiably insane. 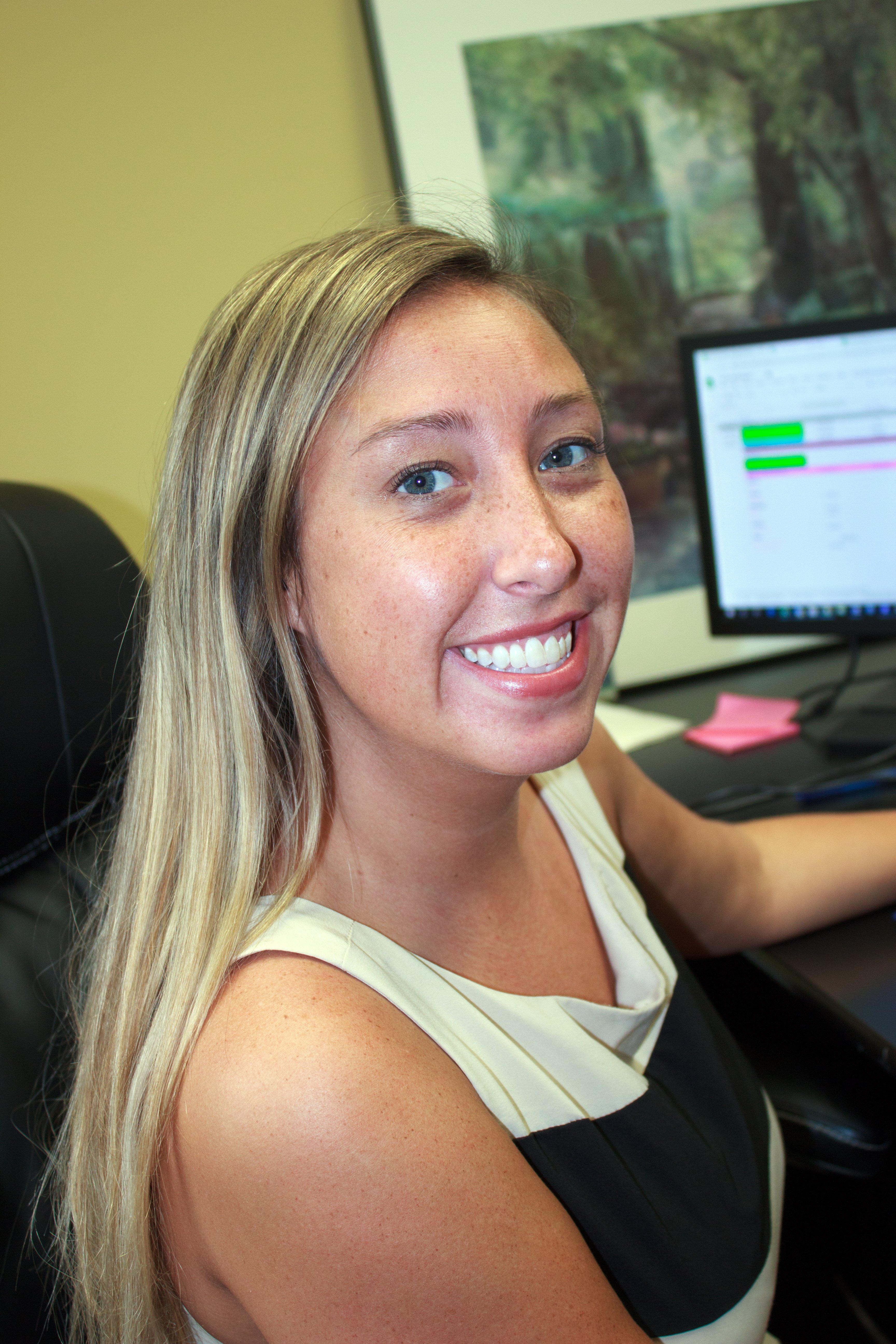 Lauren has been with Bridgemark since May of 2013. Starting as a CSM, she was promoted to Sr. CSM and Team Leader, and is the go-to person for the CSM team. Lauren's key strengths are her experience with Bridgemark's processes and database, as well as her positive, upbeat energy.

Lauren's background in digital healthcare records has been a great learning experience and has translated well to Bridgemark's approach.

Fun fact about Lauren! Lauren married the love of her life, Tyler, in 2018 and they are now enjoying their new adventures together. They also have two fur babies, Sophie and Macy. 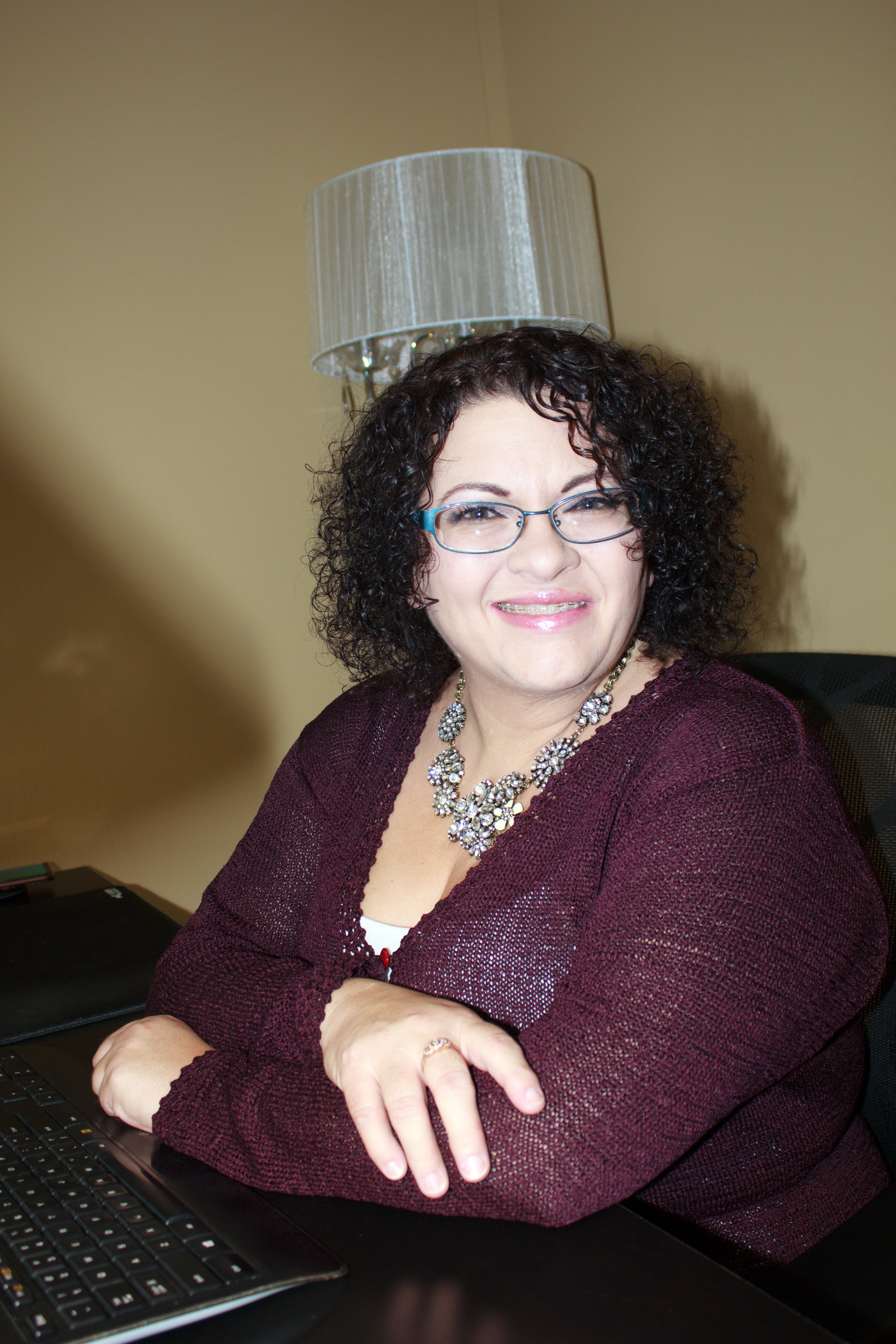 Doris began with Bridgemark Solutions in August 2015, initially as an Account Manager. Doris’s primary responsibilities were managing her clients' lead generation campaigns. In August 2016, Doris was promoted to Executive Assistant to the President and COO, and Office Manager. This was a role that she was able to transition into smoothly due to her 13 years of experience at Strong Memorial Hospital. Doris works directly with the President and COO daily with reporting and analysis, organizing meetings and maintaining calendars, is a liaison to our outside vendors, and works hard to maintain a happy and positive environment here at Bridgemark Solutions.

Fun fact about Doris! In her spare time, Doris loves to help various charities in the community by walking, campaigning, raising money and/or volunteering at fundraiser events such as The Color Run, Light the Night Walk, St. John Bosco School and many more. Since 2004, she has consistently been involved with multiple local hospice volunteer organizations including VNS of Rochester, The Journey Home, and SIS. 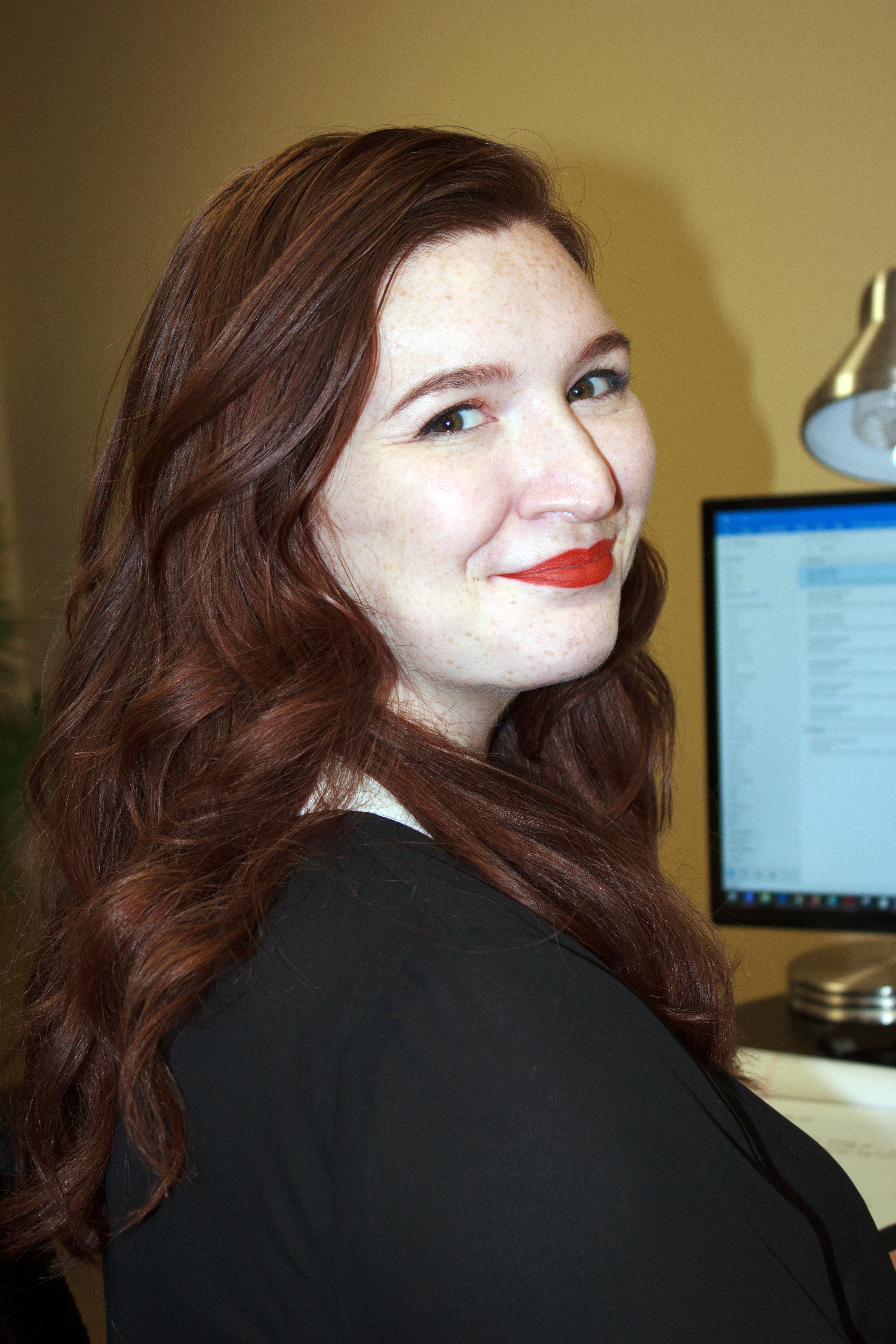 MaryKate joined Bridgemark Solutions in November 2016 as an Account Manager, and has been promoted to Sr. Account Manager. Her primary daily responsibility is managing her clients' lead generation campaigns. In her first few months at Bridgemark, MaryKate won the quarterly “Team Work” award for all of her continuous hard work and dedication to the company. MaryKate comes to Bridgemark with a background in Customer Service, Community Service, and Accuracy Verification. All of these experiences provided MaryKate with a knack for interacting with professionals and the ability to pay high attention to detail -- valuable skills at Bridgemark. MaryKate’s great energy resonates throughout the company.

Fun fact about MK! A history buff, MK is in the process of becoming a docent with the Susan B. Anthony Museum. 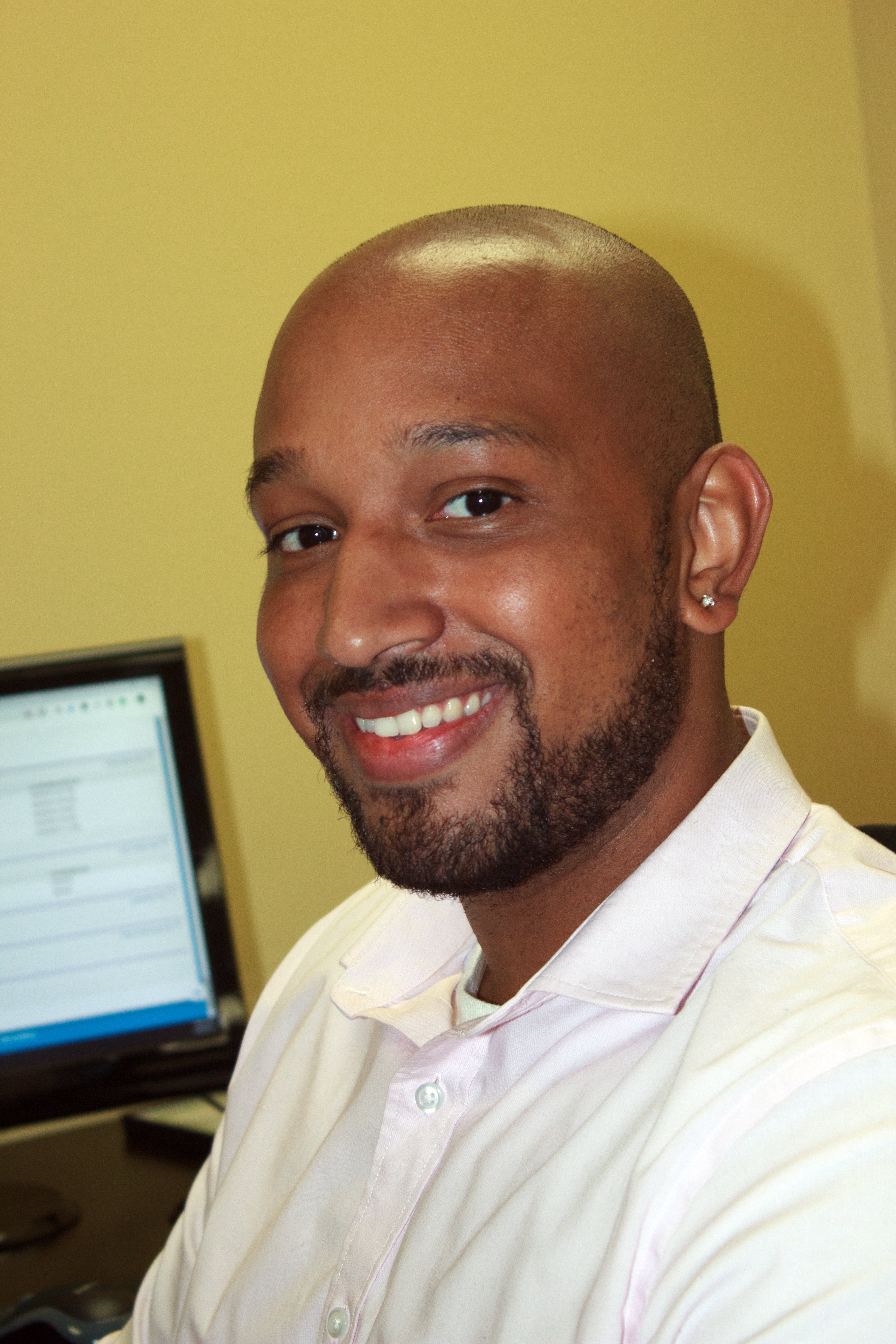 As a Bridgemark Account Manager, Conroy’s primary daily responsibility is managing his clients' lead generation campaigns. Conroy comes to Bridgemark with a strong background in lead generation, digital marketing, and sales. With this experience combined with his hard work ethic and dedication, he was able to easily transition into the CSM role. Conroy’s previous experiences and upbeat attitude make him a valuable asset to Bridgemark Solutions.

Fun fact about Conroy! Conroy is the oldest of five and was born on Mother’s Day. How do you top that as a present!? 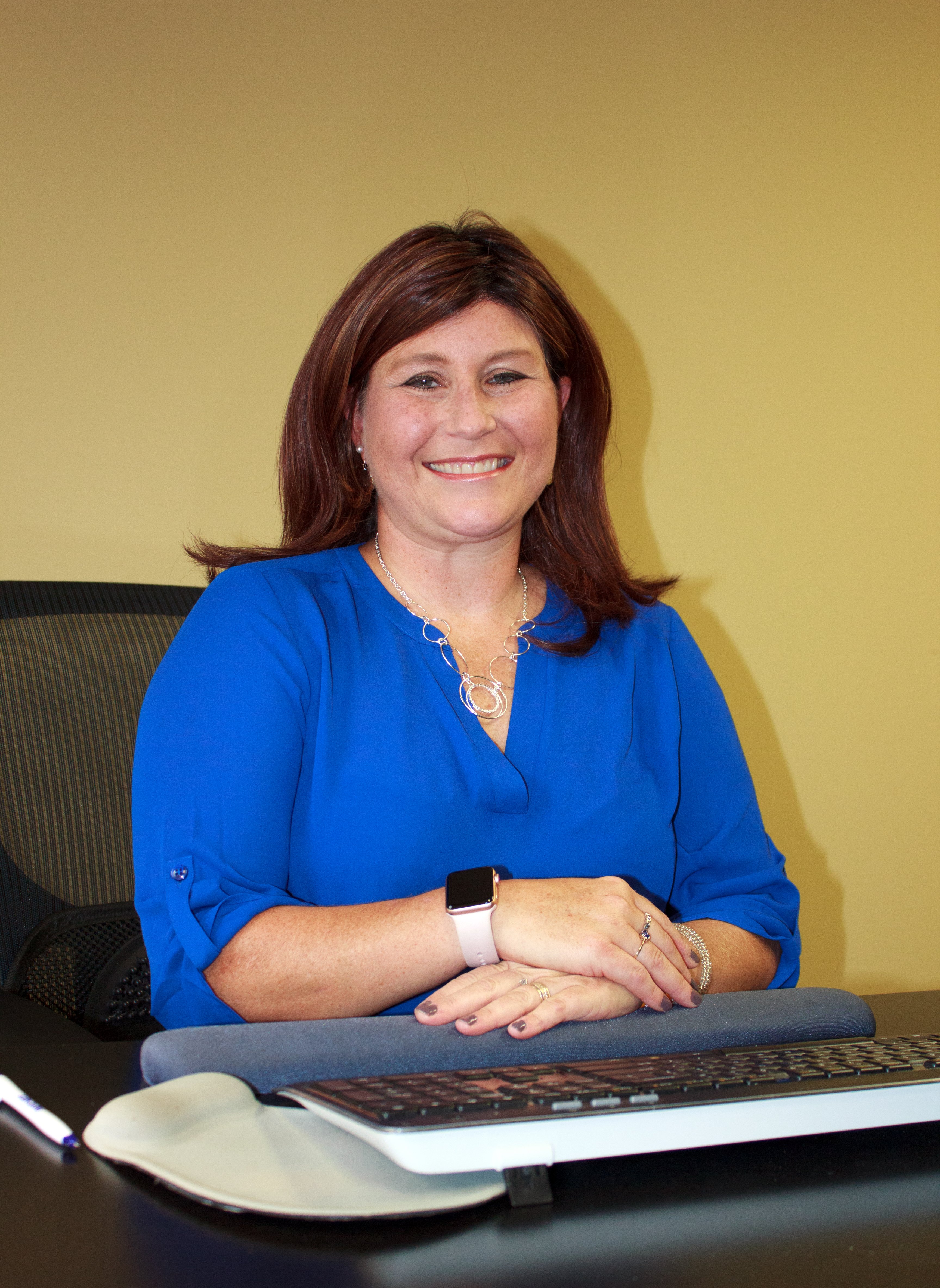 Pam joined Bridgemark as an Account Manager before transitioning into her Strategy Operations role.  Pam has over 13 years of experience in sales and working directly with clients.  Pam has great respect for her colleagues and clients, and a strong work ethic to provide for her family.  Pam treats each day with a positive attitude and is always willing to help.

Fun fact about Pam! Pam and her husband, Casey, were high school sweethearts and have been happily married ever since. 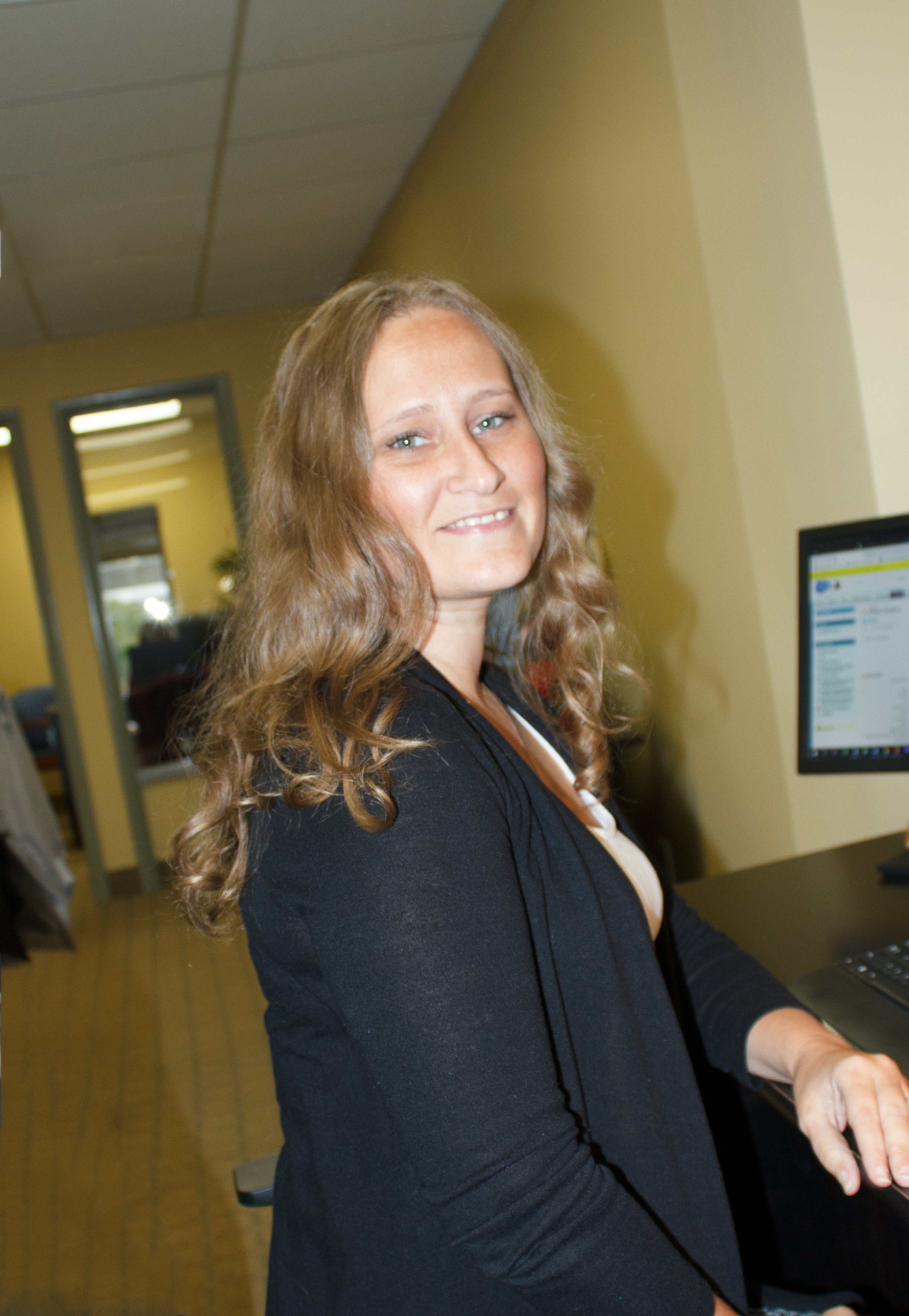 Elizabeth joined Team Bridgemark as an Account Manager. Elizabeth's key strengths are her high attention to detail, her account management experience, and her positive personality. Elizabeth's extensive background in sales and lead generation management make her a great new asset to the Bridgemark Solutions team.

Fun fact about Elizabeth! Elizabeth is a huge NHL fan and loves to spend her free time with her friends and family. 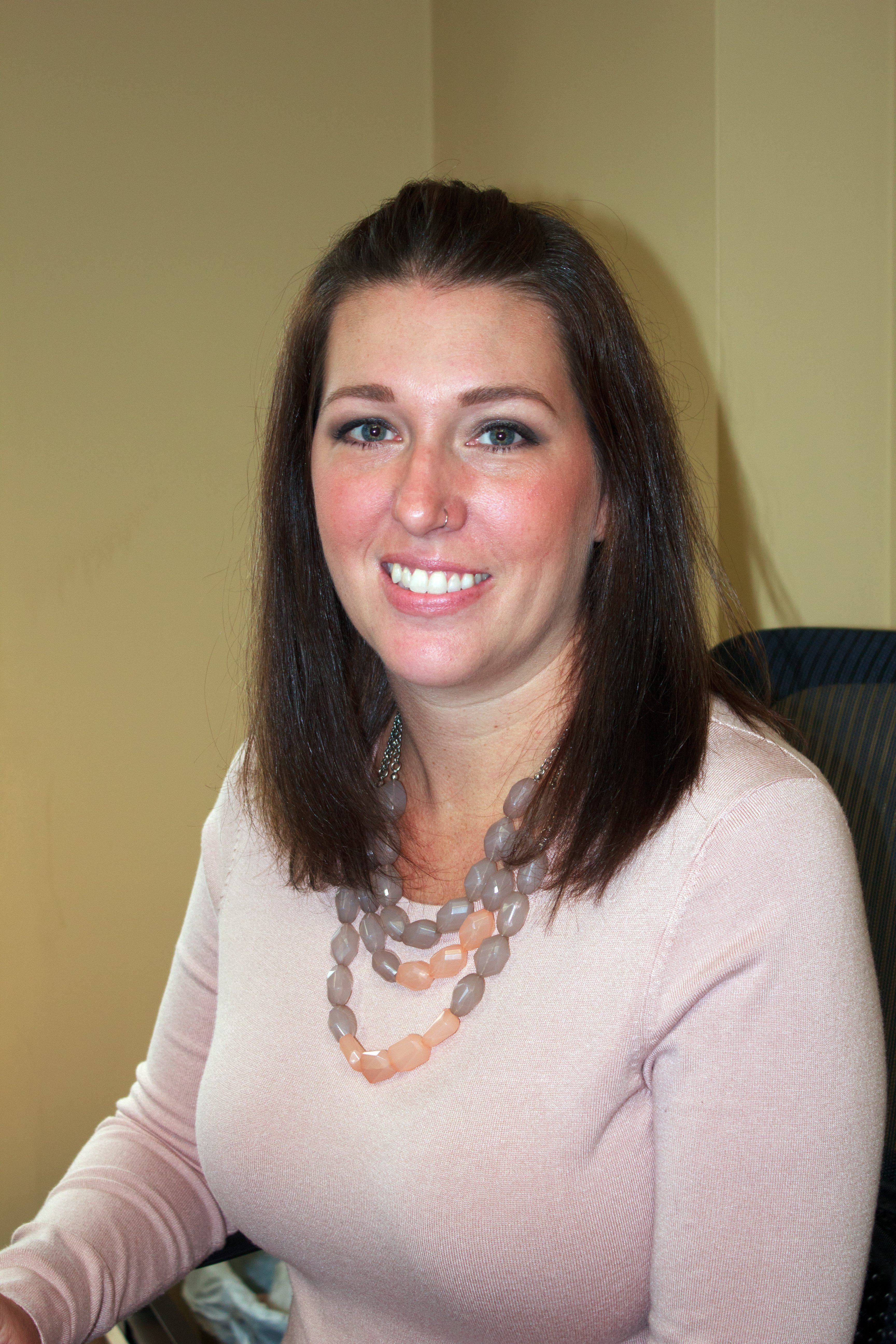 Jessica joined Bridgemark Solutions in July 2017 as a member of the writing team, and was later tapped to lead all of Bridgemark’s messaging efforts. Her primary responsibility is creating professional, targeted, email-based messaging for our clients’ lead generation campaigns. Jessica comes to Bridgemark with a strong background in writing, graduating with distinction from PIPCID (Program in Professional Communication and Information Design) from Nazareth College. A former employee at News 8 WROC and The Democrat and Chronicle, her proficiency serving multiple sales teams and clients in her previous roles has served her well at Bridgemark, as her number one priority is to make sure every client is happy and their campaigns are successful!

Fun fact about Jessica! Jessica has known her husband since the fourth grade. He would tell her back then that they should be together, but it didn’t happen until 17 years later! 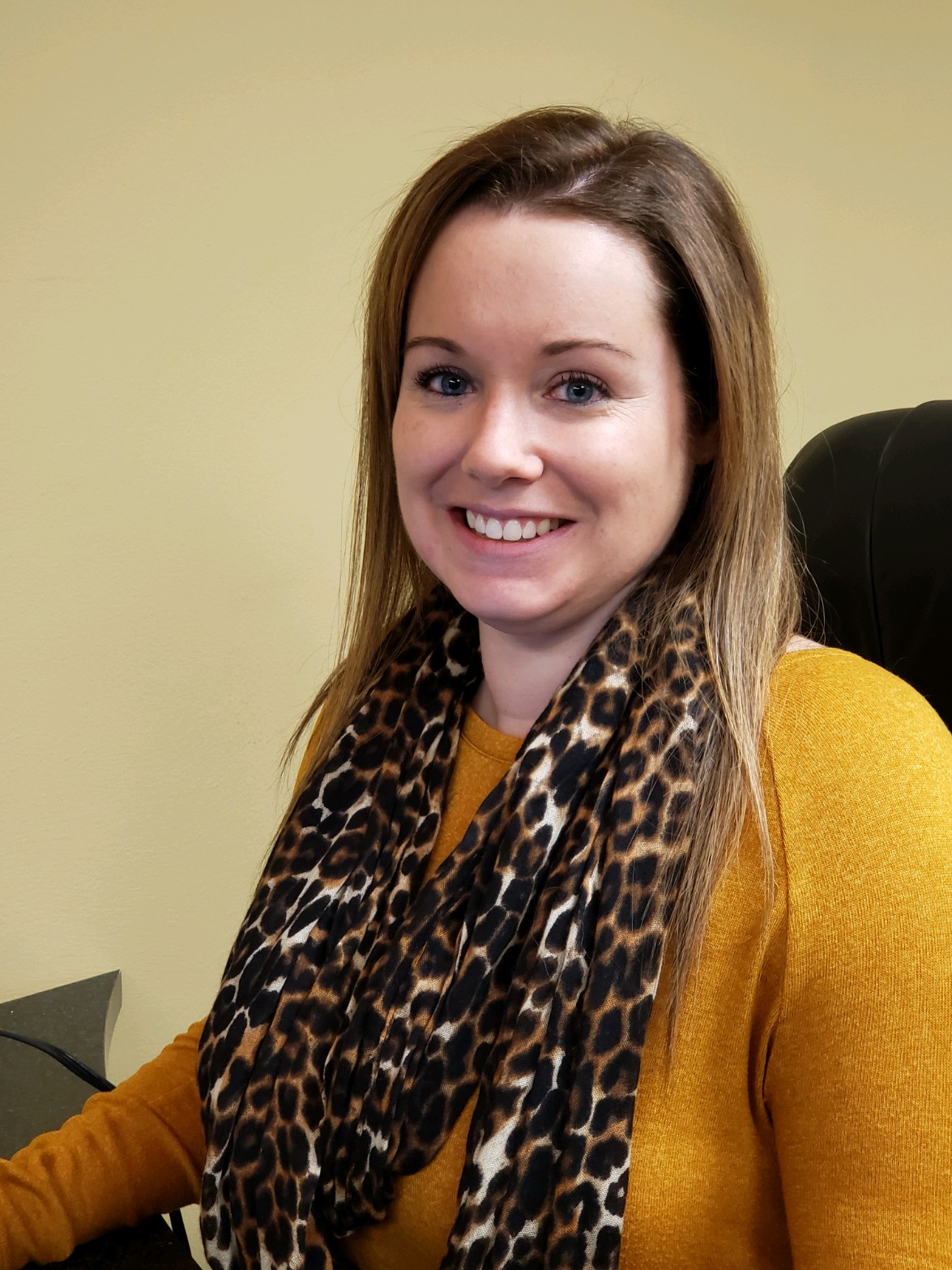 Ashlea joined Bridgemark in September 2019 as an Account Manager. Ashlea has over 8 years of experience in account management, sales and digital marketing. With her experience, strong work ethic and positive attitude make her a great new asset to the Bridgemark Solutions team.

Fun Fact about Ashlea. Ashlea has a twin brother and she now has twin boys of her own!

Let’s see if we can help your company as well.